Tree stump monuments were made popular by the Woodmen of the World organization in the mid 18th century. They became more widespread for use in cemeteries due to their natural symbolism. The tree represents a person's life while the flora & elements had deeper meaning; i.e. ferns & ivy = life, the closed book = a bible or another analogy to the life of the deceased, the rose = love, etc.
While this monument was a non-commissioned piece & carved for a cemetery setting, it eventually found its way to the garden where it stands as a daily reminder of a loved one rather than sit in a rarely seen lonely burial spot. The whole sculpture, now framed by an arbor, has become a permanent focus for family & friends to enjoy. 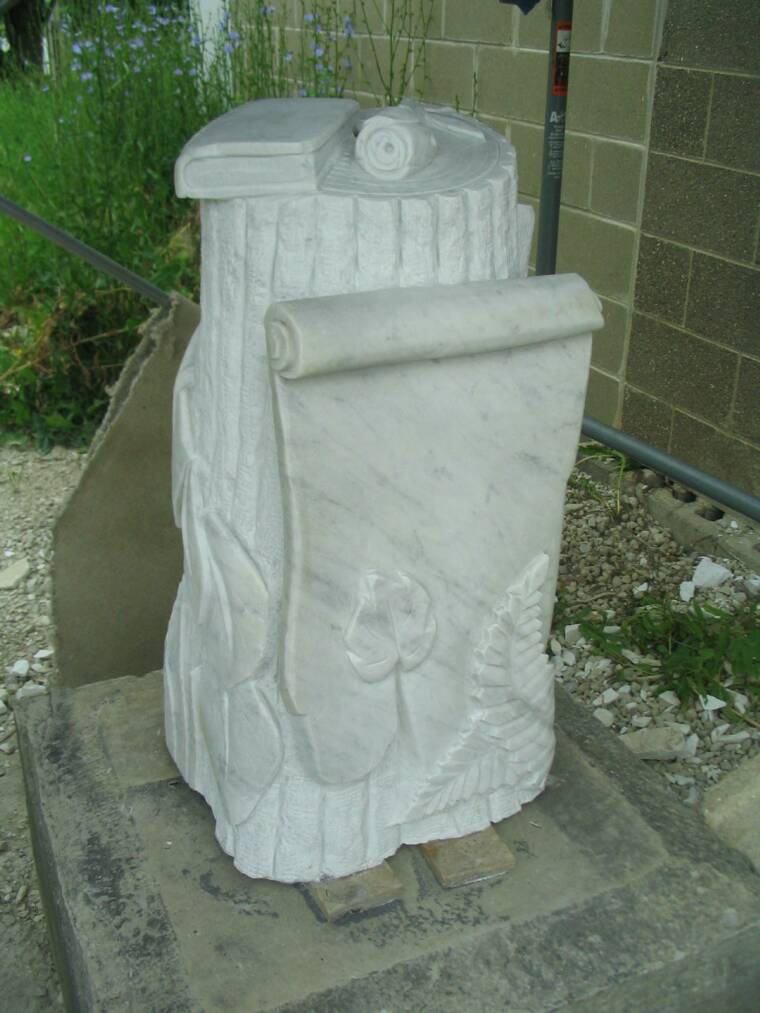 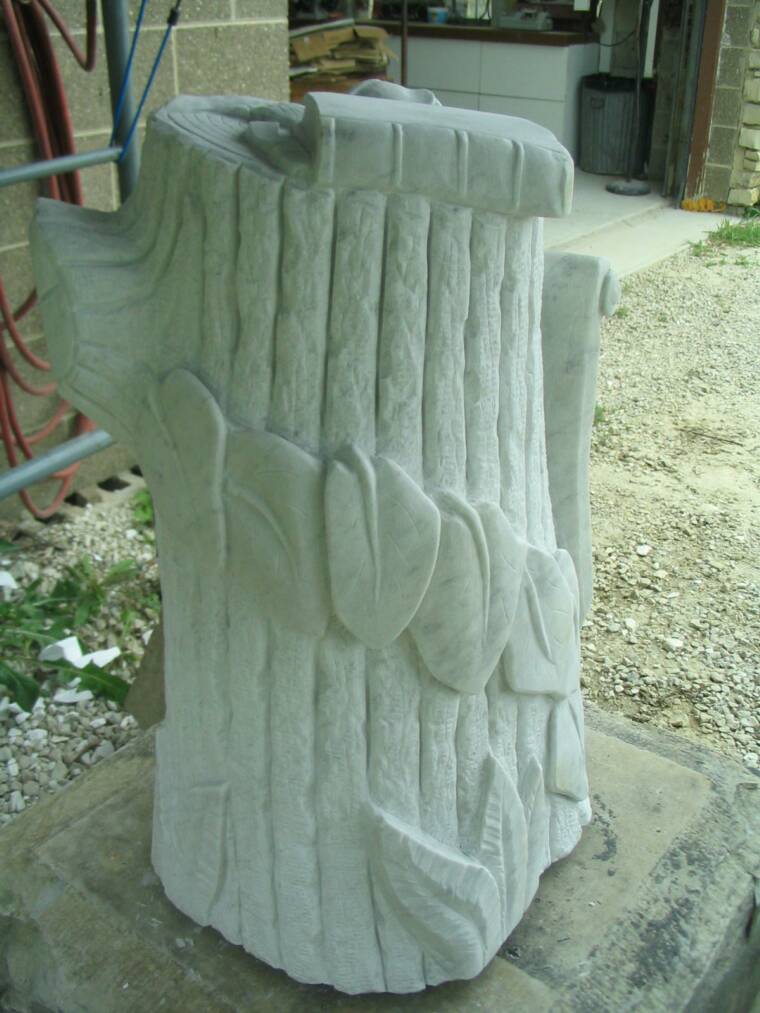 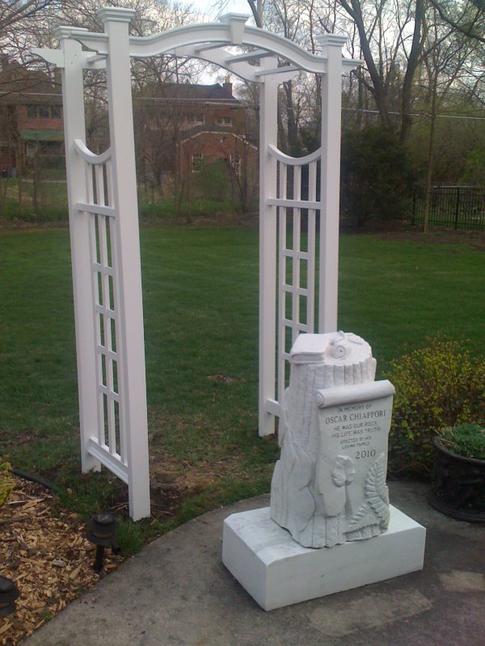 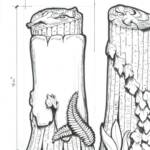 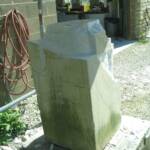 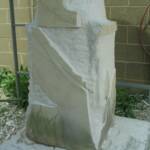 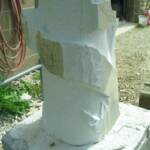 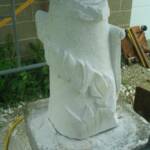 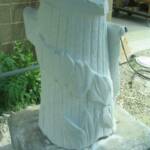 PROGRESS PHOTOS OF THE TREE STUMP BEING CARVED
The block came from a cemetery where it was a plinth piece for an obelisk. It was damaged & replaced with a new stone. Rather than discard the block it was large enough to "recycle." The 100 + years of pollution that had degraded the surface was removed to reveal the beautiful interior of the marble block from Italy.
Back to Sculpture Page
1